Inspired by Poland’s mushroom picking season, I’m cooking wild mushroom soup today. Wild mushroom season starts around August/September and it can last through the fall. Wet and humid weather helps, and since it has been a wet summer, I’m told they’ve shown up early. Mushroom picking is tricky. You have to be certain that those you pick are 100% safe, or take the chance of getting your stomach pumped, in the best case scenario. I stick to a couple of varieties I know. Podgrzybek = bolete mushroom has a very dark, chocolate-brown shiny cap and spongy porous yellowish surface under the cap. The stem is tan/yellowish.  The second one is borowik = another variety of bolete mushroom in a porcini family: brown smooth cap and also a spongy porous light yellow surface under the cap, the smaller/younger the mushroom, the lighter the brown (borowik).

It has been several years since my last mushroom picking excursion. It takes a good eye to find the small brown caps camouflaged in the sea of brown leaves, but once spotted satisfaction is unmeasured. It was like going on a treasure hunt without a map, and actually finding it. Sometimes they were buried under a web of grass too, which makes mushroom picking a patient man’s sport.

My family has been picking mushrooms as long as I can remember. Grandma had the best eye, and she was the one who I went with the most. As a child, I would get my own knife even, which made me feel so grown up and special. Our house bordered acres and acres of county land, so we didn’t have to travel far to find them. Early morning, with baskets and knives in hand, we’d try to beat other pickers to our favorite spot that never failed to deliver. Grandma filled her basket first, even though she had “old eyes”, she had said. I was never as good as her, but satisfied with whatever I could find. Trick was to look around in mossy spots, AND we knew that once we found one, there has GOT TO be a twin close by. There often was.

I have not gone mushroom picking here in the US, and I don’t have any borowiki or podgrzybki, but I’ve managed to replicate the taste of them by using dried mushrooms available on the market near me. I’ve purchased dried wild mushroom mix on-line (link here) but if you have a Polish grocery store near you, you will be able to buy some there, I’m sure. This mushroom mix actually worked well for me and I was able to bring the flavor back. Wild mushroom soup is deliciously creamy, with potent mushroom flavor. It’s normally served with pasta, garnished with fresh parsley.

*IMPORTANT: some wild mushrooms are not to be served to children under the age of 4, some say 5. Do your research before serving to children.

Have you picked mushrooms outside Poland? What do you do with them?

WANT TO GET MY NEXT RECIPE VIA EMAIL? TYPE IN YOUR EMAIL BELOW:

No votes so far! Be the first to rate this post.

We are sorry that this post was not useful for you! 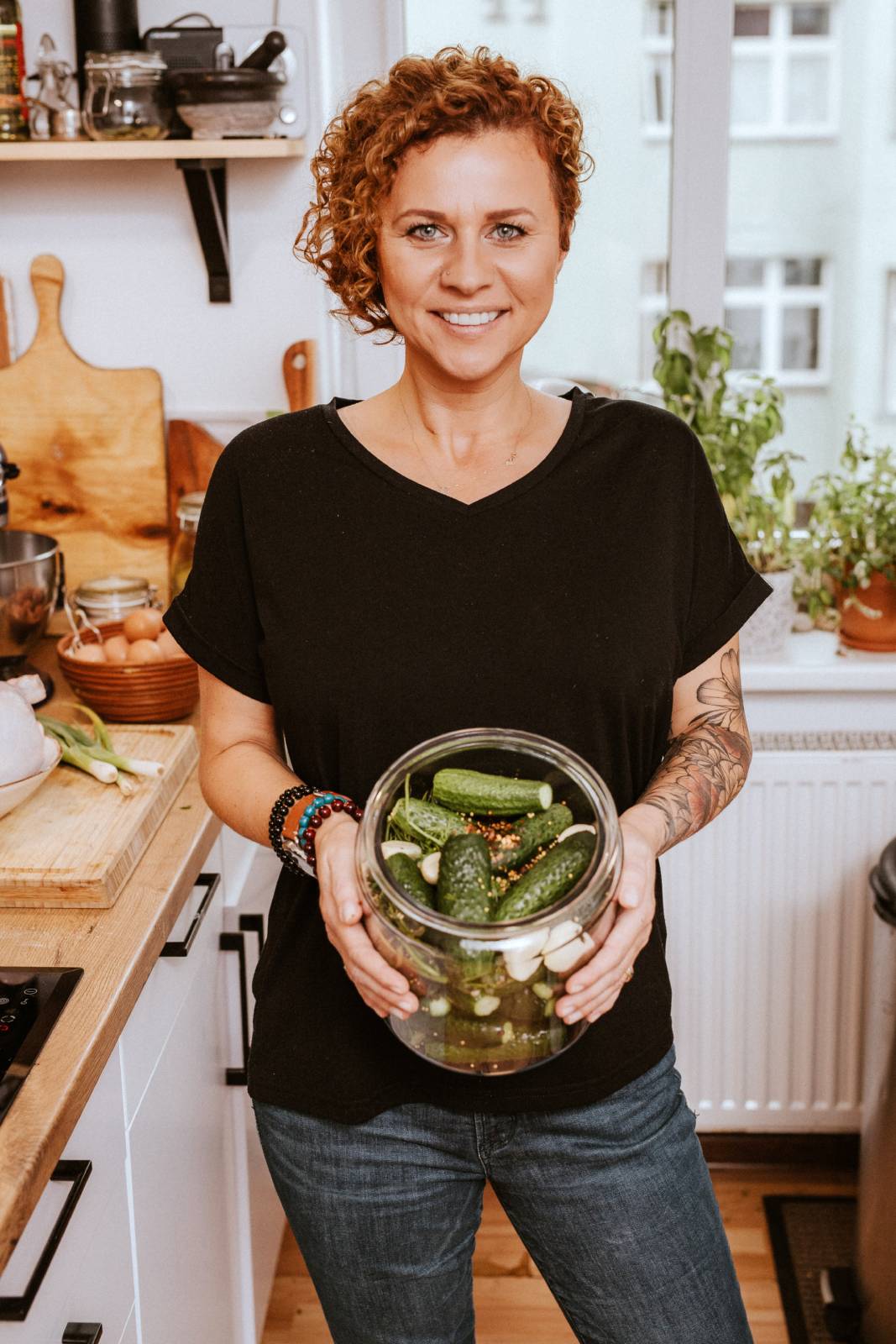 Welcome to my Polish food blog! Here, I share memories of growing up in Poland in the 80s and 90s, and Polish food and customs patiently kept alive at my Polish-American home. I’m not a professional chef, just a home cook influenced by years of listening, watching and tasting, who's constantly craving flavors and smells of home. Join my network of friends and stay in touch with your roots through my stories.